I’ve always been a fan of Freddie Mercury and Queen, but since I’ve seen the movie “Bohemian Rhapsody“ I was interested to learn more about them as individuals and their band history. So I watched a lot of interviews and concerts of Queen, to find the essence, the way they are as human beings, the chemistry of that 4 individuals that make together this great music.

Freddie Mercury
On stage, Freddie was a bundle of energy, a unique musical genius of a rockstar. Everybody knows Freddies typical powerful stage poses, or even the thoughtful, earnest photographs of him. But I wanted to show the friendly, funny but also shy person, that comes through in the interviews. He used to say, that he was „The great pretender“, so I wanted to take a look behind the show face, and put the private Freddie in front. He must have been an awesome person.

Brian May, the famous guitarist of Queen, who is also doing the background vocals and plays piano, seemed to me pretty much the same person on stage as in the interviews. He is a friendly, thoughtful and calm person, who never takes the love of his fans for granted. His unspectacular posing on stage is in big contrast to his wild, heavy and experimental guitar play.

John Deacon was the bass player of Queen. Officially he is still a band member, but he has completely withdrawn from public since Freddie's death. He was the youngest and very introverted member of the band. Despite his shy personality, he composed some of the most famous Queen songs, contributed both solid and creative bass lines and brought some funky elements to this rock band.

Roger Taylor, Queen's incredible drummer, background singer and songwriter, has such an angelic face and voice (he's responsible for the supernaturally high notes in the background choir), but at the same time plays drums as powerfully and perfectly as a thunder god. 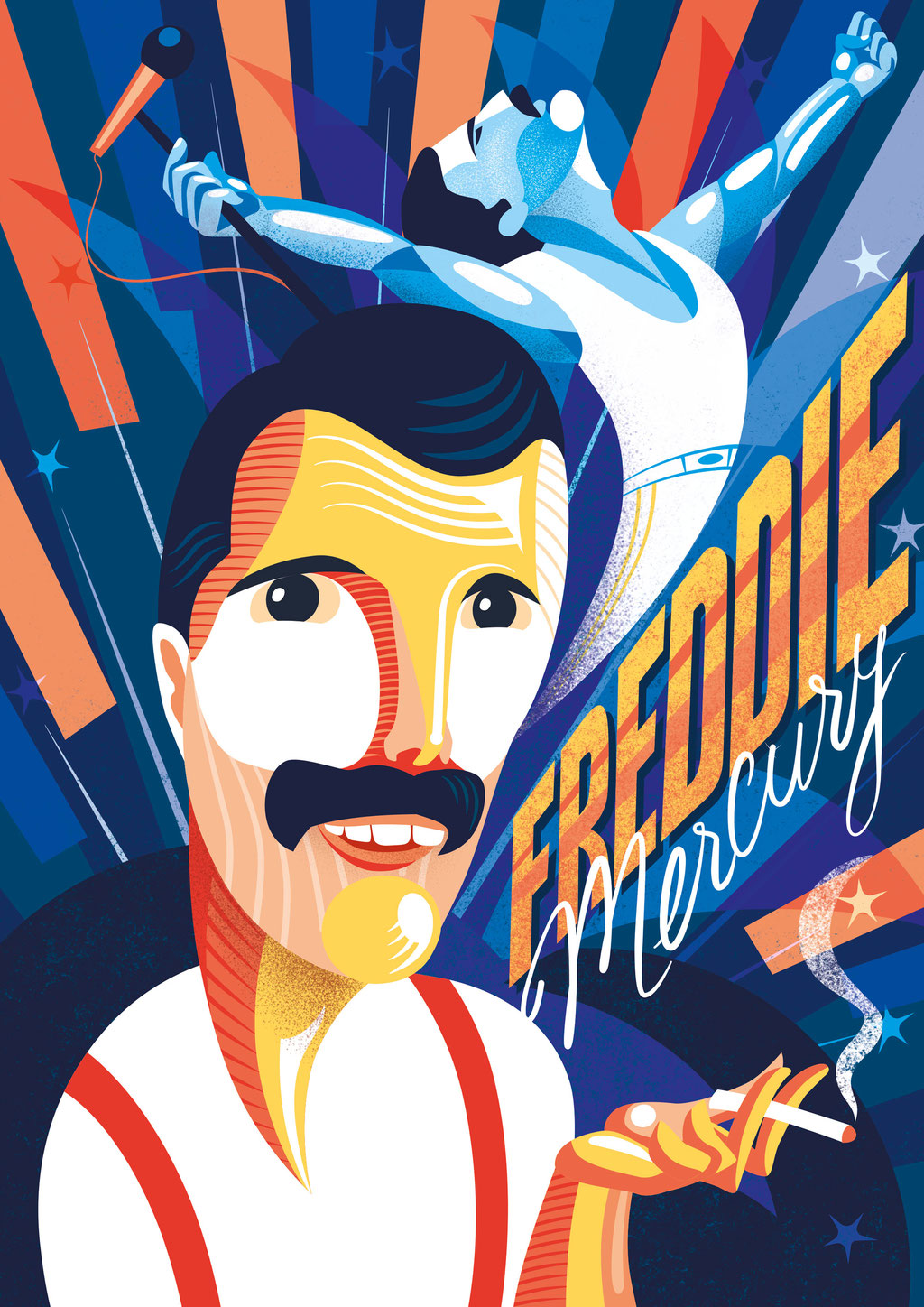 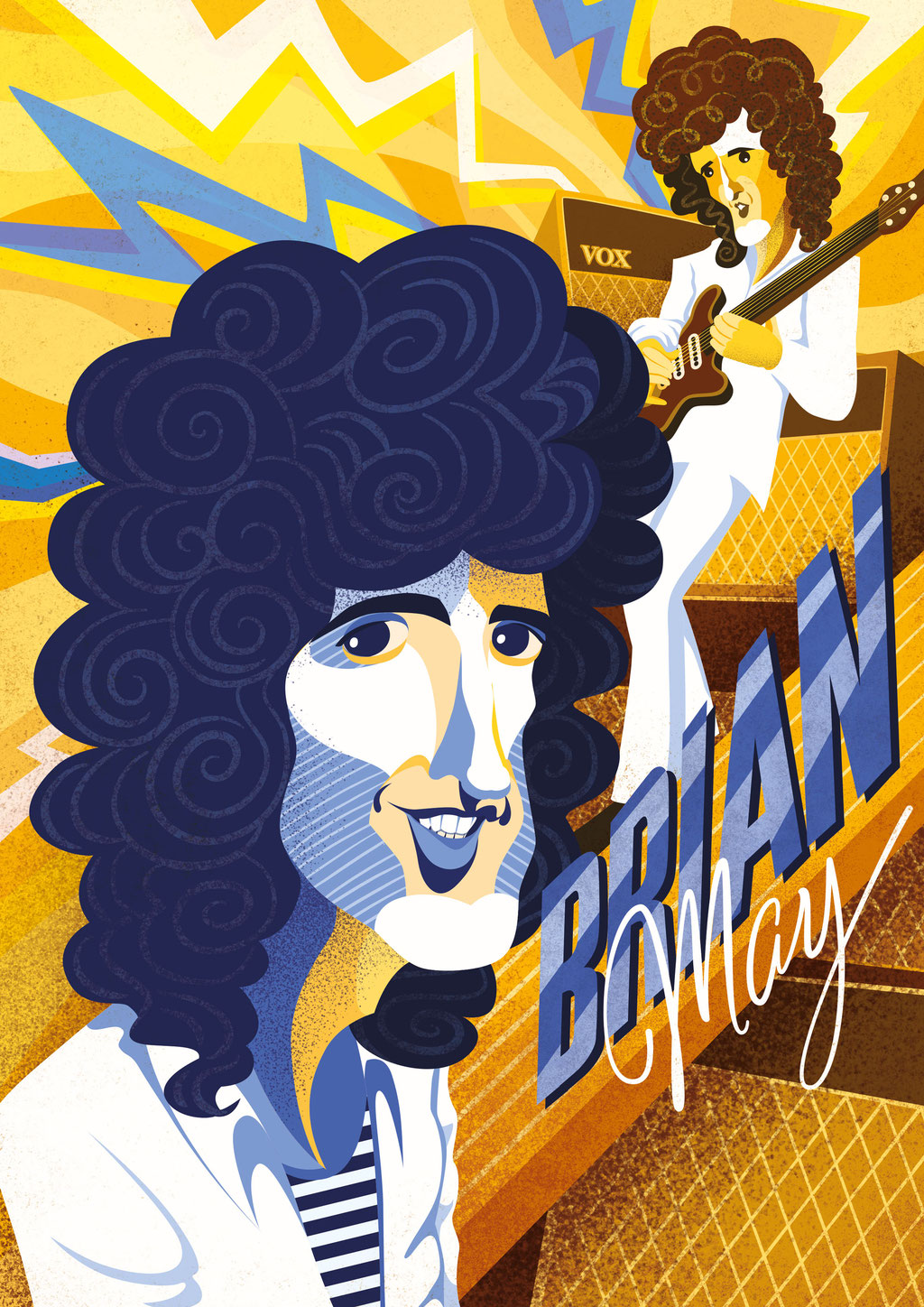 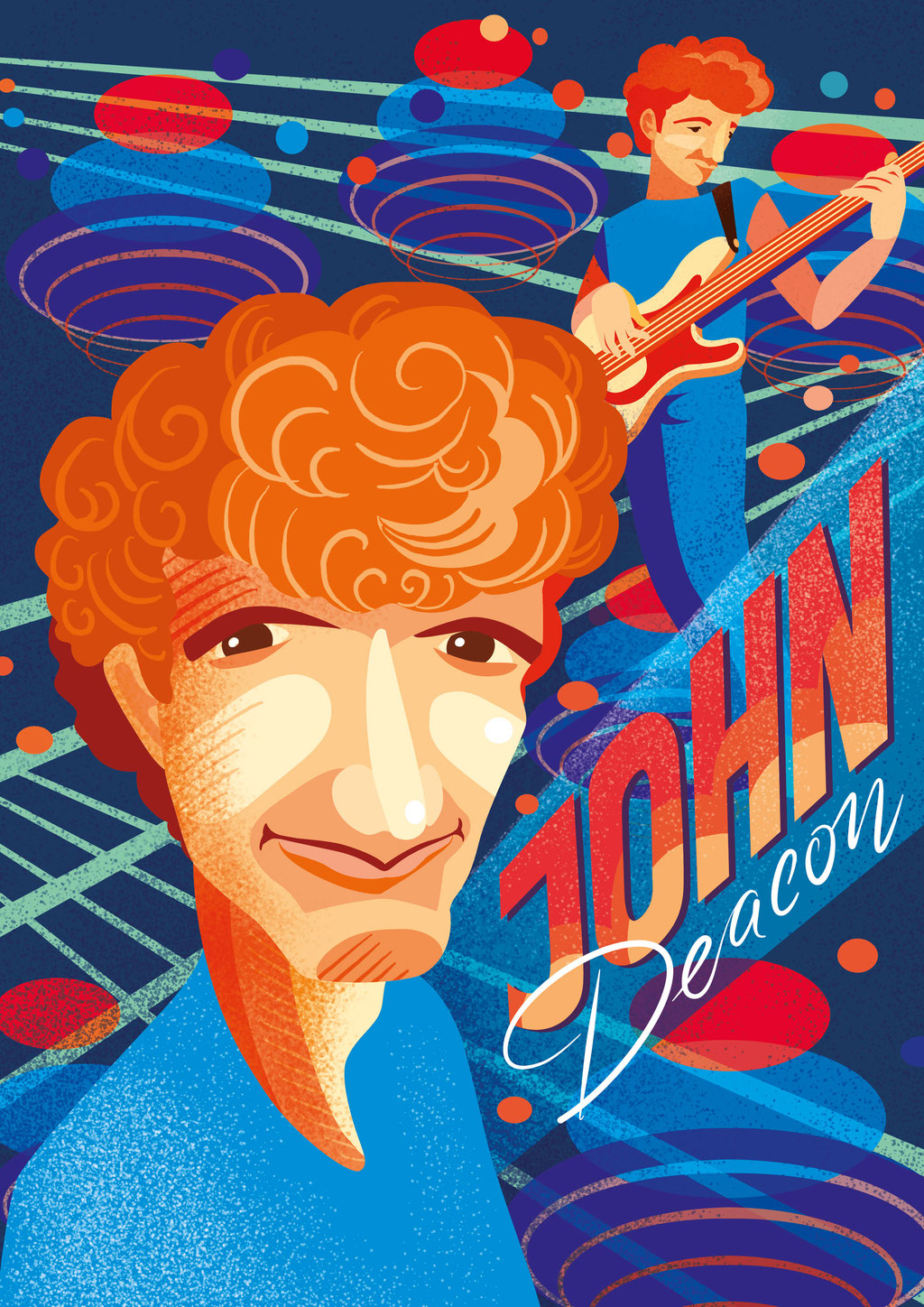 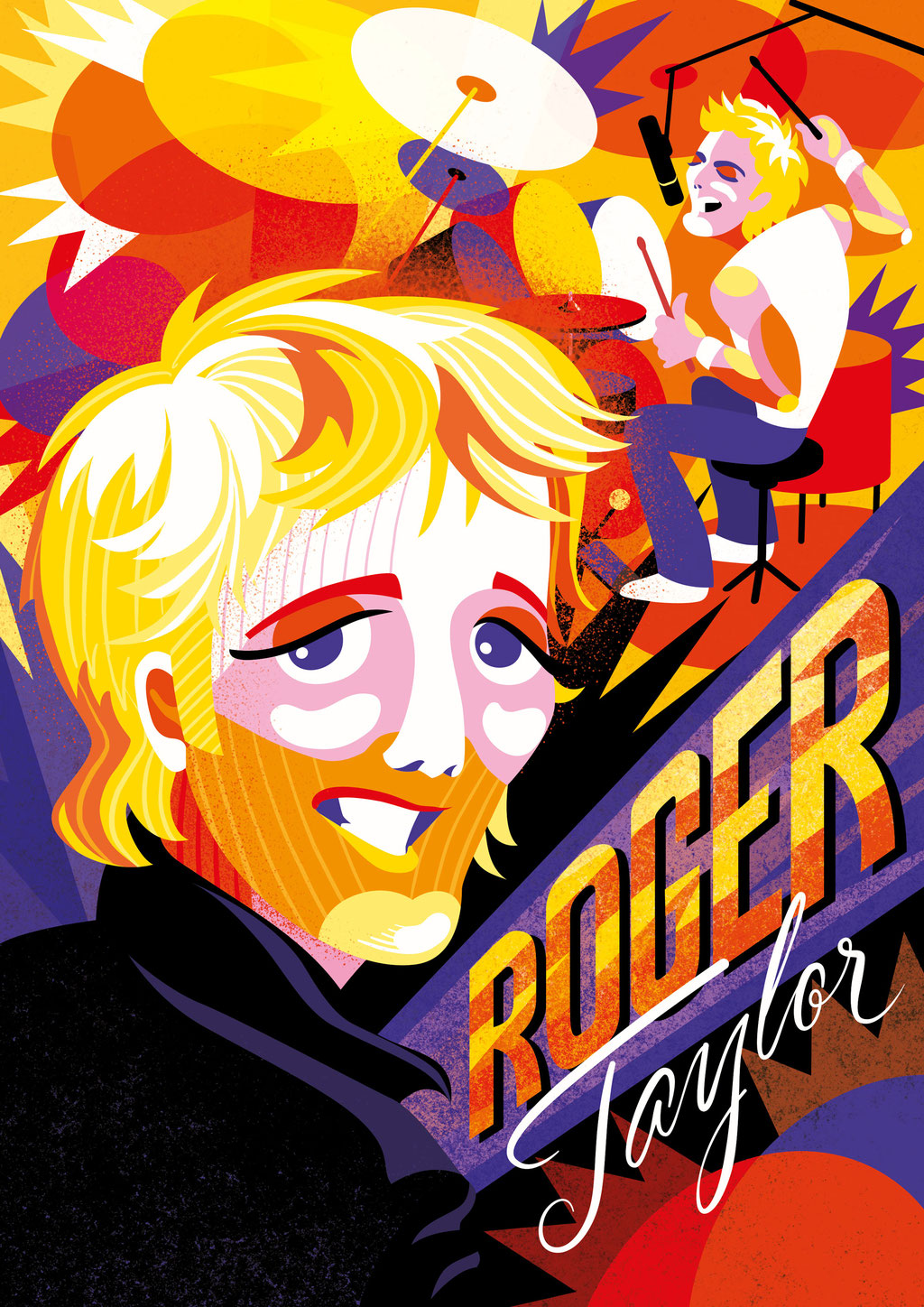